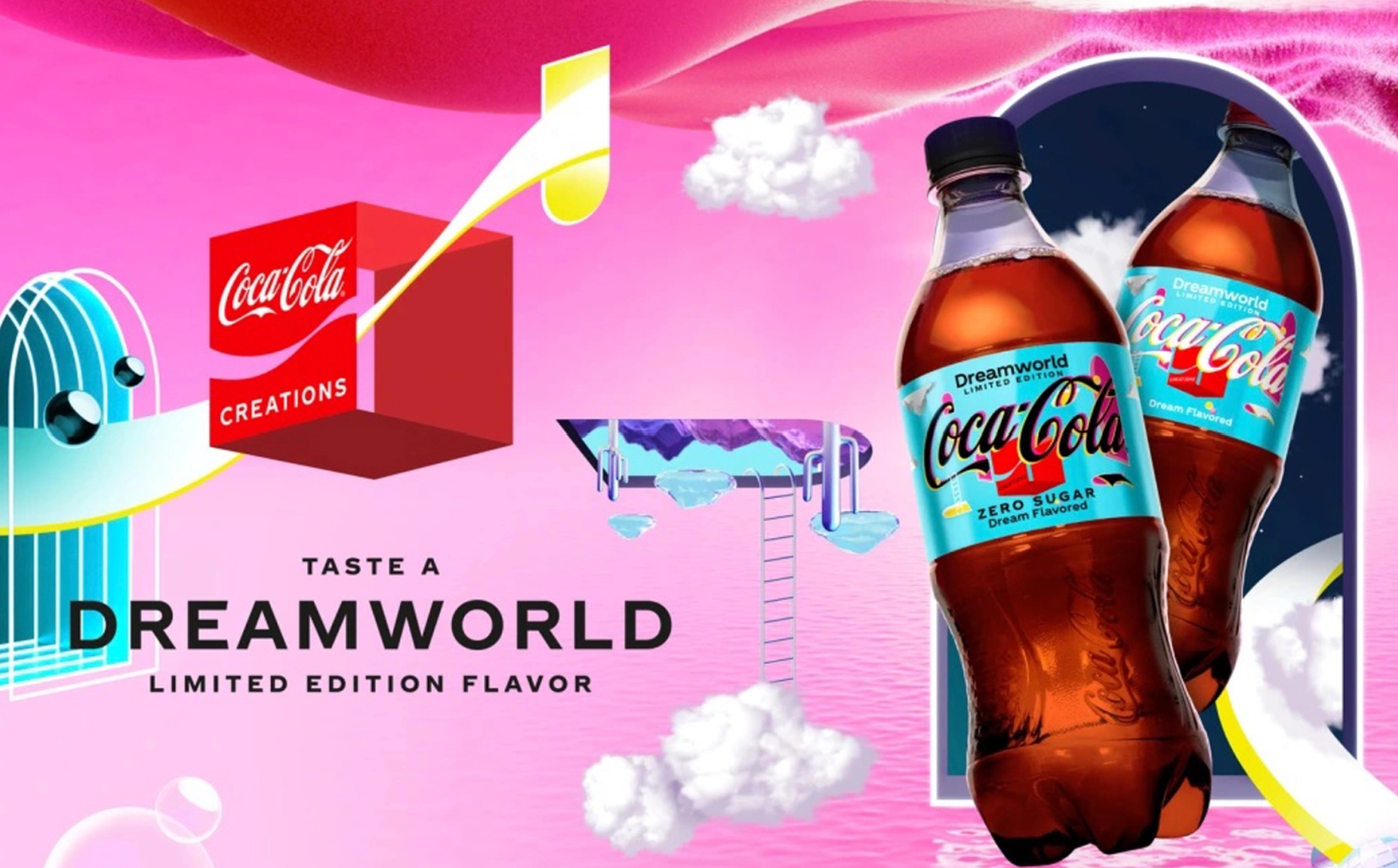 Use musical beats to build your own virtual home in this delicious WebAR experience.

Summer officially ends on September 22nd but that doesn’t mean things need to cool down. Coca-Cola and Tomorrowland are teaming up for a kickass musical augmented reality (AR) experience that has you stepping into the Coca-Cola Dreamworld universe.

Dreamworld is the first limited-edition Coca-Cola flavor and trademark product to blend a virtual fantasy world with reality, creating a portal into an energetic and uniquely animated world where anything is possible.

While in Coca-Cola’s Dreamworld, you’ll be able to create your own custom Dreamworld by tapping into the hypnotic beats of well-known Tomorrowland performers such as Cellini, KC Lights, Vintage Culture, and Martin Garrix.

“Coca-Cola Dreamworld taps into Gen Z’s passion for the infinite potential of the mind by exploring what a dream tastes like,” said Alessandra Cascino, Creative & Shopper Program Director, Coca-Cola North America Operating Unit, in an official press release. “Like the Coca-Cola Creations that came before it, Dreamworld plays with the unexpected and will no doubt provoke discovery and debate among consumers, which we welcome.”

To create their Dreamworld universe, Coca-Cola turned to the experts over at Virtue Worldwide and UNIT9 to help them turn their digital vision into a reality. The experience is powered by Niantic’s 8th Wall WebAR platform, which means no additional app is required in order to participate.

The idea was to take the idea of Coca-Cola’s limited edition flavor and use it to inspire their virtual world. What they ended up with is an incredible gamified music experience that embraces the look-and-feel of Dreamland’s flavor profile through whimsical shapes, electric colors, and a 3D visual landscape built around Coca-Cola’s Dreamworld packaging. There is also in-store merchandising among other physical and virtual elements.

Creating and launching new and exciting flavors through digital marketing isn’t new for Coca-Cola. Through its Coca-Cola Creations platform the company has been a leader in reimaging how brands can cross the physical and digital world to connect with consumers through interactive AR and VR campaigns.

They gave fans a taste of “outer space” through their Starlight beverage and then followed up with the gaming and metaverse-inspired Coca-Cola Byte.

“We’re meeting Gen Z where they are with relevant content and collaborations that matter to them,” Abraham added.

Coca-Cola Dreamworld will also make the leap out of the metaverse and into the real world through experiential activations on select college campuses, along with a series of out-of-home creative executions in New York City including an appearance on the iconic Coca-Cola billboard in Times Square, bus takeovers, 3D signage, hand-painted murals, Dreamworld-inspired AR Snapchat Lenses, and backdrops.

Try it out for yourself by clicking here.