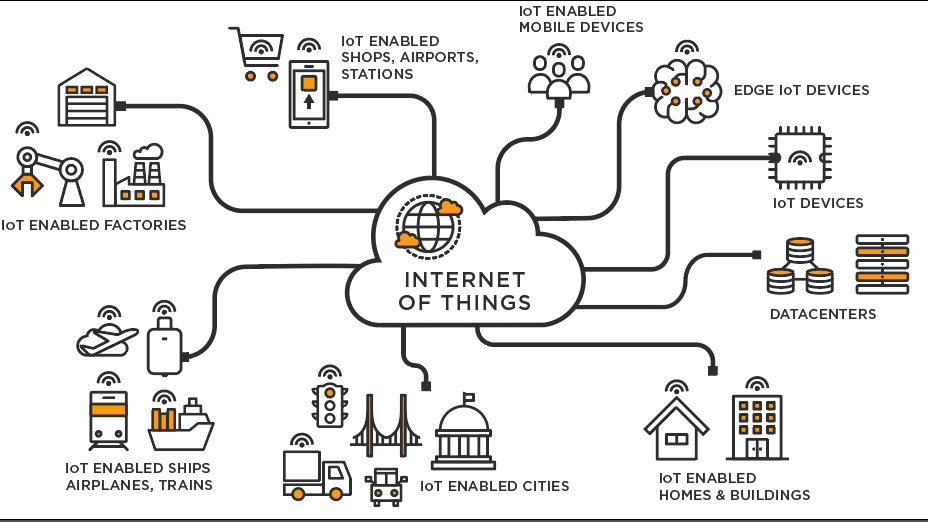 How IoT is Changing Life at Home and at Work

The Internet of Things (IoT) is a system of devices and objects that can be connected to each other and communicate with other systems and devices without human intervention. These objects or devices usually have sensors, cameras, and RFID tags, and they can communicate with one another through a communication interface. These systems can then perform various tasks and provide a single service to the user.

The truth is that IoT is the foundation and backbone of digital twinning.

As we become more digitally connected in almost all aspects of our lives, IoT becomes a vital component of the consumer economy by enabling the creation of new and innovative products and services. The rapid emergence and evolution of this technology has led to the creation of numerous opportunities but also some challenges.

Due to the technological convergence across different industries, the scope of IoT is becoming more diverse. It can be used in various fields such as healthcare, home security, and automation through devices such as Roomba’s or smart speakers. Of course there are also numerous embedded systems that can be used in this technology such as sensors, wireless communications, and the automation of your home or business.

With the rapid increase in the number of connected devices and the development of new technologies such as AR,VR, and XR, the adoption of these products and services is expected to increase.

According to Statista, the global market for IoT is currently valued at around 389 billion US dollars. This value is expected to reach over a trillion dollars by 2030 reflecting the increasing number of connected devices and the technological advancements that have occurred thanks to the growth of digital twinning. It is also expected to boost the customer economy by increasing the demand for various products and services.

In 2020, the consumer market contributed around 35% of the IoT market's value. However, it is expected that this will increase to 45% by 2030. This is because the market is expected to expand with the emergence of new markets such as the automotive, security, and smartphone sectors.

The concept of the Internet of Things is a device layer that enables the connectivity of various devices that were previously not connected to the internet. It can also act as a connective link between different devices, such as tablets and smartphones.

These devices can connect using various types of wireless networking solutions and physical means, and they can also communicate with one another and the cloud. Through the use of sensors, these systems can provide users with a variety of services and features. They can be controlled and customized through a user interface, which is typically accessible through a website and app.

A typical smart bulb IoT system consists of various components such as a wireless communication interface, LED light-generating devices, and a control system. These components work together seamlessly with the user being able to access their devices through a mobile app or website. A great example of this is a Google Nest system to monitor your front door and your home thermostat, which can be purchased at almost any hardware or lifestyle store.

Aside from these, other IoT systems such as smart televisions, smart refrigerators, and smart speakers are also becoming more popular among consumers. These kinds of devices can be combined with a home's existing smart home technology to provide users with a variety of services and features designed to streamline and automate your home experiences.

Of course privacy and data are two things consumers and businesses need to consider when bringing these devices into their environments. How much are you giving up in order to streamline or automate your home or business? We are already in the habit of giving up some of our privacy through smartphone use and other wearables.

One of the most common uses of IoT technology in the consumer economy is to improve customer service. Enterprises use it to improve the efficiency of their distribution channels by implementing a variety of systems, such as inventory management and product tracking. In addition, construction sites and cars are also using IoT to monitor their environments to reduce downtime and improve their overall performance.

Other industries that use IoT primarily include government facilities, transportation systems, and healthcare systems. Through the use of IoT, these organizations can improve the efficiency of their operations and increase the effectiveness of their systems. The technology can help the consumer economy by enhancing the service provided by their organizations.

The connectivity and data technology has also improved, with devices now capable of handling and storing large amounts of data. The ability to process and analyze data is becoming more sophisticated. Various factors such as the evolution of cloud technologies and the increasing capacity of storage systems have made it easier for devices to store and process data.

The increasing number of companies and organizations investing in the development of IoT devices is expected to continue to increase, and this will help them gain a competitive advantage and develop new solutions that will significantly impact the consumer economy.