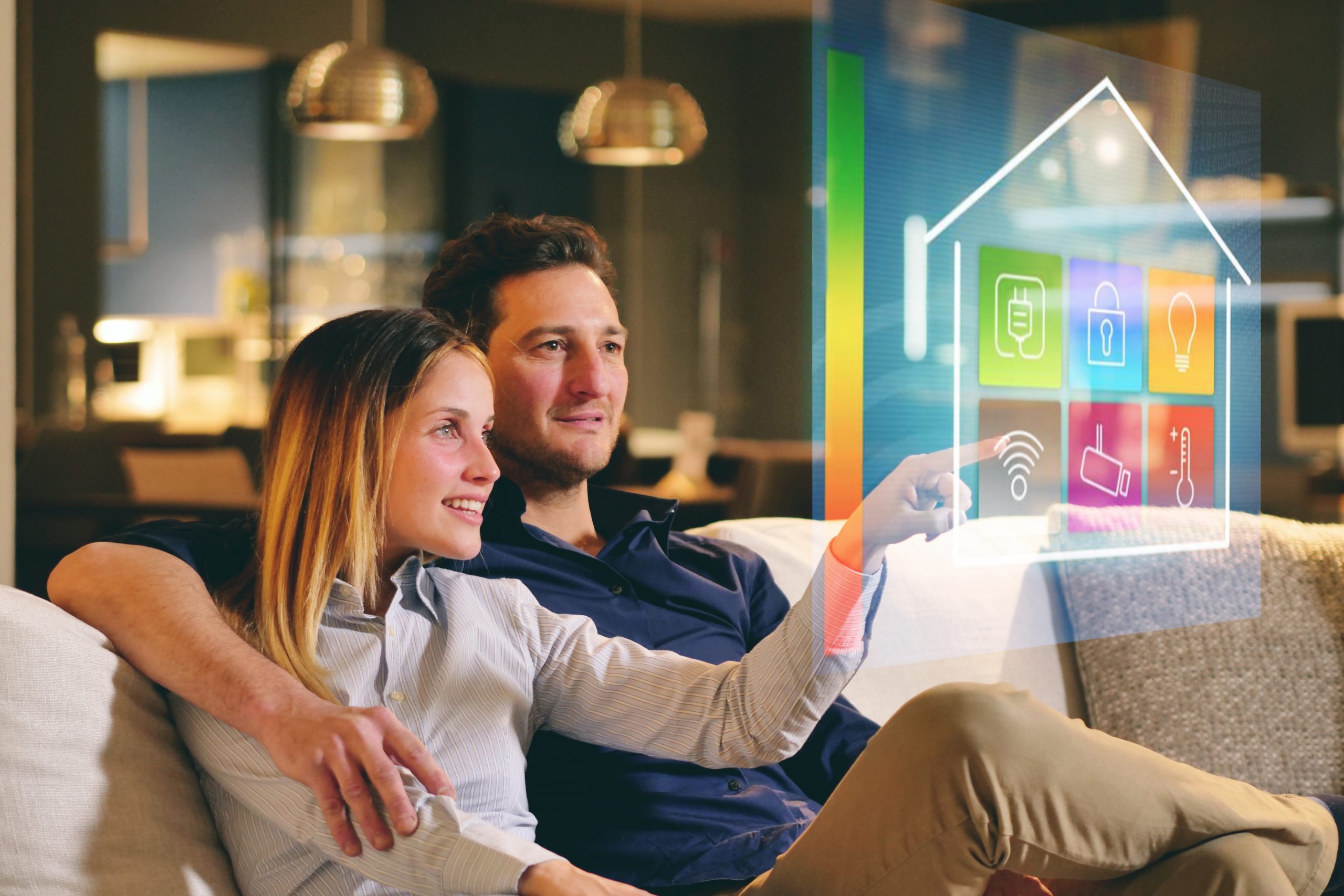 How IoT is Emerging as the Force in the Consumer Economy

IoT, the Internet of Things, is a system of various computing devices or physical objects with different sensors, processing units, networking components, and other technologies, instigating the force in the consumer economy. These devices or objects connect and communicate with other devices and systems wirelessly without human intervention. Over the recent years, IoT has been progressing rapidly due to its ability to converge various technologies and unlock multiple possibilities and opportunities.

The field of IoT is expanding towards various areas due to the coherence of multiple technologies across the spectrum of various industries. Embedded systems with sensors, control systems, wireless communications, automation enable IoT to span its use across various fields. From home security systems with concepts like “Smart Home” to healthcare systems to monitor and diagnose patients, IoT has numerous applications across a wide range of industries.

The influence of IoT across the consumer economy is increasing rapidly. IoT marks a significant turning point in the consumer economy due to connecting and integrating different technologies to enable new products and systems. For example, smart fridges, air conditioners, smart light bulbs, garages, security systems, etc., all are the product of IoT. Consequently, all these devices/systems, along with the development of new products and devices, are increasing in their development, adoption, and accessibility among consumers worldwide.

According to Statista, the total market of IoT was worth around 389 Billion US Dollars. Alongside this, researchers expect that this value will cross one Trillion US Dollars by 2030, representing an increase of more than double its revenue in only ten years. This massive figure represents the enormous influx of IoT in the current and future markets, thus, uplifting the force in the customer economy exponentially. Looking at the valuation of the IoT market in 2020 more closely, the consumer market accounts for about 35% of this valuation. This share is, however, well within the firm expects to increase to 45% by 2030. Add this with markets in connection to IoT such as the smartphone market, CCTV, vehicles, automation systems, security systems, and other markets. Thus, we can safely say that IoT has a massive impact on the consumer market currently. Moreover, this influence is only going to increase rapidly.

Internet of Things (IoT) refers to various devices and objects connected through the internet or other network communication systems. These devices or objects usually contain sensors, cameras, RFID tags, a data processing unit, and a communication interface. These devices connect to build a unified system that acts as a single system to perform various tasks and provide service to the user. So the Internet of Things is also a device layer that serves as a connective link between devices that were previously not smart and offline with smart devices of today like smartphones, computers, tablets, etc.

These devices can connect whether through physical means or wireless networking solutions. Moreover, they transfer data and communicate with each other and the cloud. It provides various services and features to other users with proper evaluation of their surroundings or environment through various sensors. Altogether, this whole system provides a user interface to control and customize the IoT system. This interface is generally available to users in apps and websites on their phones and computers.

For instance, a smart bulb IoT system contains a communication/networking interface (usually wireless), LED (Light Emitting Diode), light-generating devices, and control systems and processing systems. These different components work together as a single unit. This unit generally provides a user interface through wireless communication methods (usually WIFI) on smartphones through mobile applications. The user can control the bulb with their phone and even schedule the bulb to glow and turn off at certain times. For example, turn the bulb on when they arrive home or turn it off when they leave.

The force in the consumer economy has influenced household technologies as well. Smart washing machines can now connect with smartphones to allow users to control various features and functions of the device from phones, view energy and water usage, control or automate washing cycles, and many more. Likewise, smart home garages can unlock and open automatically when users arrive home with their cars. Smart power systems can pause all electricity supply at home when no one is present to save energy and resume after home members’ arrival.

Apart from this, various IoT systems such as smart consumer electronics like fridges, air conditioners, lamps, speakers, televisions, and many more are already top-rated and rapidly growing in adoption among consumers. A home with these kinds of smart devices can also converge into a single system of a smart home offering consumers various services, comfortability, and features to control their house and its environment. Moreover, manufacturers and companies also use IoT devices to build and develop various products, including consumer products.

Also, Healthcare systems use IoT devices to monitor patients and their health conditions. Moreover, businesses can use IoT systems to strengthen their security systems. Likewise, various consumers in different spectrums of various industries are using IoT systems at an increasing pace.

However, it is still hard to evaluate the extent to which IoT will influence the consumer market since IoT will encompass even the most minor or trivial form of products that are not generally put under high-tech classification. Nevertheless, one sure thing is that IoT will be present all around us in the future.

IoT systems are a promising technological advancement that will revolutionize industries and the consumer market. The mind-boggling growth rate of the IoT market and the influence it has on consumers is undoubtedly increasing. Consumer devices are becoming smarter and more connected to provide the user with an ecosystem of interconnected devices that work together.

The Internet of Things contributes massively to IoT devices’ sales and usage and a plethora of other devices, which uplifts the force in the consumer economy so much that it can connect with the shared ecosystem of the IoT devices, i.e., the internet. Also, uplifting the opportunities of these connectable devices and possibilities of new devices and products, IoT presents massive opportunities for various industries.

Today one of the most prevalent uses of IoT in the consumer economy can be likely seen in enterprises for improving consumer service. Enterprises primarily use IoT to improve logistics, inventory management, and product tracking system in their distribution channels. In addition, cars, construction sites, and various environments also use IoT to monitor them throughout their lifecycle to enable smooth maintenance, reduce downtime and overall costs.

After enterprises, various government facilities, health care systems, transportation systems, and automation systems use IoT primarily. IoT is generally used to monitor, report, and optimize various solutions, systems, and technologies in these fields. It also affects the consumer economy since most of these use cases directly enhance consumer service and, eventually, it's economy.

Consumer electronics like wearables are becoming increasingly popular. Likewise, portable devices to track the health and fitness of the wearer, track different things and objects, smart devices for other use cases like energy optimization, report usage, etc., are getting more and more familiar with the advent of IoT. Moreover, various vehicles like cars and bikes are also getting IoT solutions to provide more personal and custom services to their users.

Smart consumer solutions like smart cards and tags are also getting very popular. These cards and tags are used for identification, authorization, public transport, and other smart systems. Similarly, the influx of development of new products and devices with IoT is also increasing with various startups building and developing devices that they think will be the future of consumer electronics or some smart solution device.

Due to connectivity among consumers increasing rapidly, the devices that can connect to the internet are also promptly growing. This increase also means an increase in IoT solutions and devices. Sensor technology is also improving at a high rate, with sensors becoming more capable and smart to detect various things. Sensors are also getting cheaper to manufacture with an increase in their efficiency and usage. Due to this, sensors today are usable in almost all devices and locations with different form factors and sophistication. Along with this, improvement in battery technology also makes it more feasible to include other sensors and components in various devices with even larger and more efficient sensors possible to use.

Moreover, data and connectivity technology is also improving, with even small devices now capable of transferring and collecting information at high speeds. The capabilities of processing units to process and analyze large amounts of data are also increasing. Evolving cloud technologies and an increase in the ability and capacity of storage systems are also helping devices store and process data at much lower costs. Consequently, manufacturers and companies are investing abundantly towards the development of IoT Devices. Companies like FS Studio provide product innovation and advanced R&D technology and solutions to develop various IoT devices with Simulations, Artificial Intelligence, AR, and VR technologies. It helps companies propel themselves forward in their development and adoption of IoT devices, which will significantly impact the force in the consumer economy, revolutionizing the next landscape of the platform.