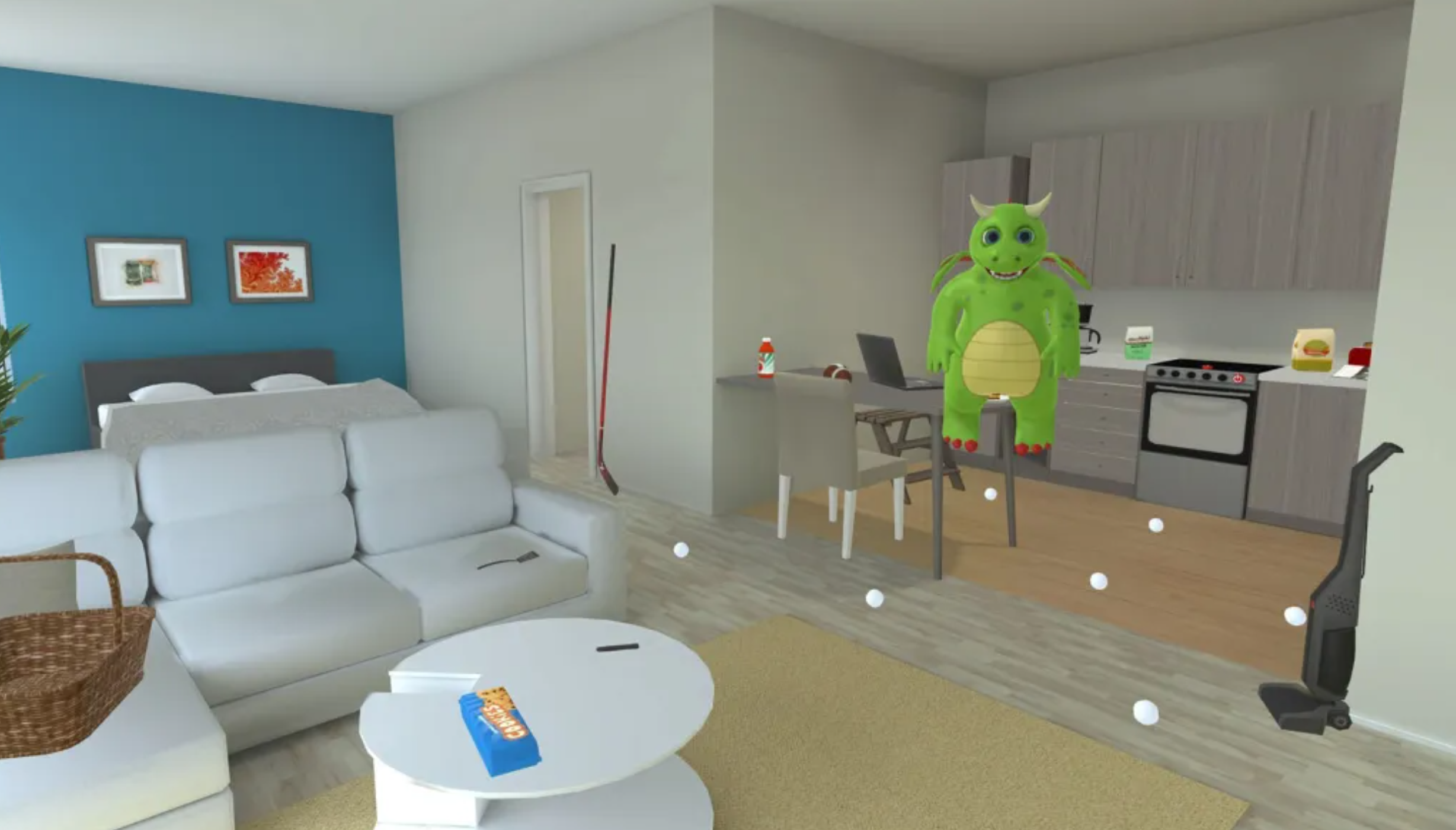 EPELI (Executive Performance in Everyday Living) is a VR game that can assist medical experts in diagnosing ADHD in children.

A group of researchers from Finland's Aalto University, Åbo Akademi University, and the University of Helsinki collaborated to create a VR game that can help children identify their ADHD symptoms. The game utilizes a combination of eye-tracking and machine learning to identify various ADHD symptoms in children. The approach could also help treat other conditions that affect executive function and attention.

Currently, there are no reliable methods to diagnose and treat ADHD, which affects around six percent of children around the world. One of the most common methods used to evaluate the condition is by conducting interviews. However, the researchers found that the continuous performance test is the most accurate method to measure attentional problems.

“The challenge of the symptom questionnaires is their ambiguity, while CPT doesn’t measure performance in everyday situations,” says Juha Salmitaival, Academy research fellow at Aalto University.

Salmitaival worked with Matti Laine, a psychology professor at Åbo Akademi University, and Erik Seesjrvi, a doctoral student at the University of Helsinki, to create EPELI (Executive Performance in Everyday Living), a VR game that can measure attention in normal settings. The team tested the EPELI system's ability to detect ADHD symptoms in children.

The participants, who were aged nine to 12, performed various tasks in a virtual apartment. “The participants needed to plan ahead, think how to navigate, remember the instructed tasks and avoid getting distracted by irrelevant events,” Salmitaival explains.

The team used eye tracking and machine learning to analyze the eye movements of kids with ADHD using a VR game. EPELI, was designed to help players identify objects in an environment. They then played another game, Shoot The Target, which involved shooting at objects by looking at them.

"We tracked children's natural eye movements as they performed different tasks in a virtual reality game, and this proved to be an effective way of detecting ADHD symptoms. The ADHD children's gaze paused longer on different objects in the environment, and their gaze jumped faster and more often from one spot to another. This might indicate a delay in visual system development and poorer information processing than other children," said Liya Merzon, a doctoral researcher at Aalto University.

Compared to the control group, the children with ADHD made more mistakes and made more irrelevant actions during the tasks. The results also correlated with the daily challenges that the parents rated on the questionnaires. According to Salmitaival, the accuracy of the game when it comes to detecting executive function and attentional problems is comparable to that of CPT. The game's other advantage is that it can tap into a variety of daily challenges.

Some of the most common problems that children experience when it comes to school are inattention and restlessness. It can be hard for parents and guardians to identify if these conditions are a cause for concern.

“In today's world of Netflix and mobile phones, attention-related challenges apply to all of us at some level. It can therefore be difficult for parents to assess whether their child’s behavior's is abnormal, as the assessment is always done in a bubble,” explains Salmitaival. When children's performance is tested in a game environment resembling real life, attention and executive function deficits can be determined more objectively.

Eeva Aronen is a child psychiatrist at the University of Finland and believes that EPELI could eventually help parents identify their kids' cognitive symptoms before they see a doctor. The game could also be used to monitor the effects of treatment.

EPELI is currently under development by the researchers, and they hope to make it available to treat ADHD. Salmitival noted that the game could be used to check the effects of changes in daily activities, such as getting enough sleep. It could also provide advice on how to handle situations that require extra attention.

Besides ADHD, EPELI could also be used to detect other mental health conditions, such as schizophrenia and autism. These conditions are common among people of all ages.

According to Matti, the researchers' version of EPELI can help ease the pressure on the healthcare system. They have created a remote version of the game that can be used without the need for virtual reality. He noted that this could help address the resource shortage in the healthcare system. Online testing, which the researchers have partnered with SOILE, allows for the recruitment of multiple participants.

Using VR in the medical field isn't a new approach. We've not only seen VR used, but also AR technology, and there's a lot of work to use XR as a tool for mental health at work and at home.

As more researchers look for better tools such as XR, eye-tracking, and AI to help with things such as ADHD, new headsets such as the Meta Quest Pro, Pico 4, and the rumored Apple mixed reality headset and their xrOS, which all deliver full color passthrough experience, could end up playing vital roles in helping them unlock new medical solutions that could be easily applied through XR technology.

For more information on EPELI click here. You can also check out the research team’s full study here.