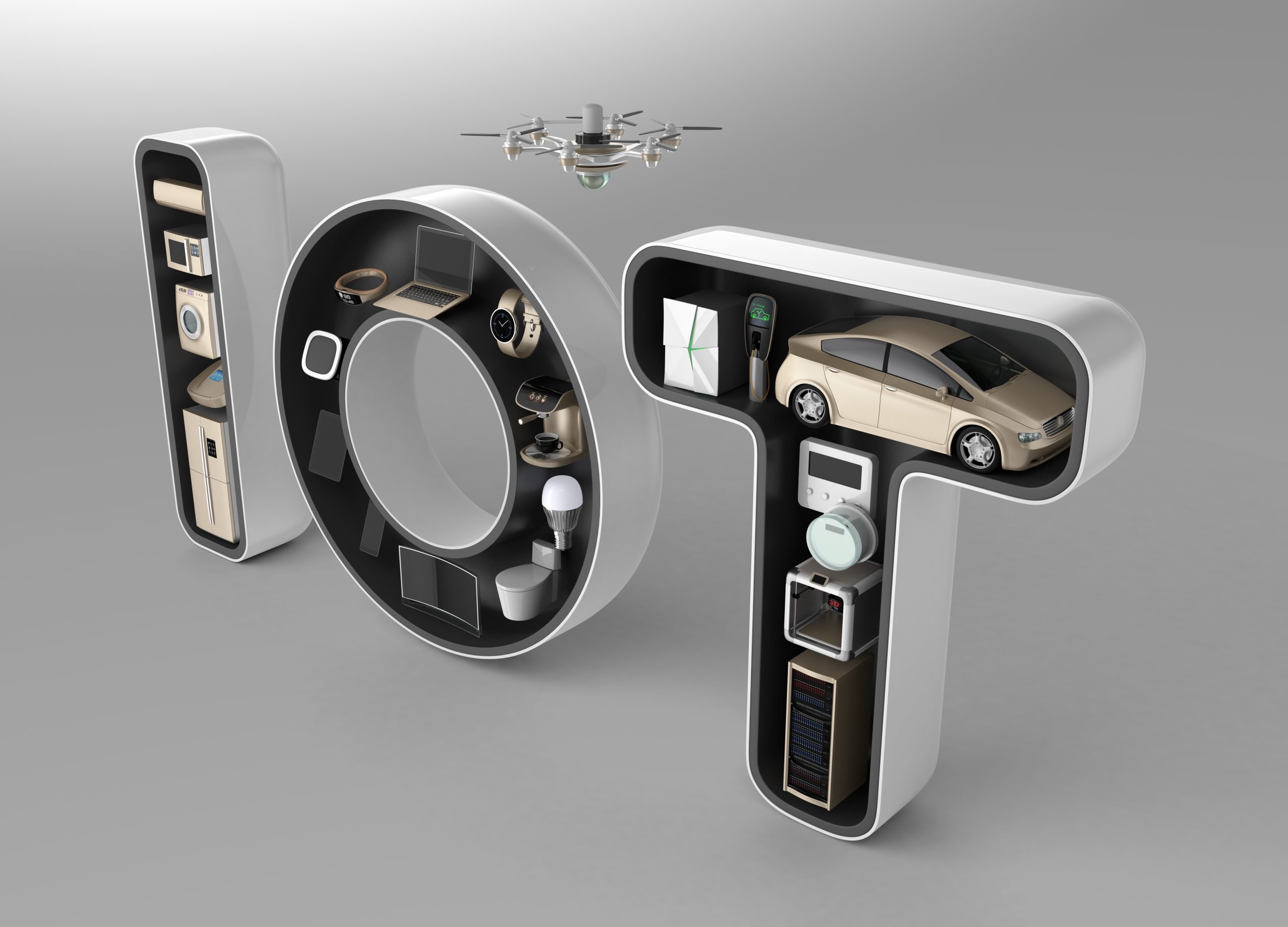 The Value of IoT at the Edge

The Internet of Things (IoT) is a revolutionary technology. It's one of the leading emerging technologies that can genuinely transform industries and also reshape our lives and the value of IoT at the edge. It can achieve this due to its ability to enable innovative solutions with intelligent systems that are “aware” of its surroundings and environment. This “awareness” possible due to various IoT devices connecting and behaving as a single unified IoT system indeed provides significant value to the IoT technology.

IoT technology has been swiftly reshaping the technology landscape during the past decade alongside the evolution of emerging technologies running in full swing. This evolution is so fast that the technologies that people dismiss to only be practical in science are already becoming mainstream with many practical applications and use-cases.

Alongside IoT, technologies like Augmented Reality (AR) and Virtual Reality (VR) are getting popular among tech enthusiasts and general consumers. This increase in popularity is also due to the advancements in Artificial Intelligence (AI) and technologies like Machine Learning (ML), Deep Learning, and Big Data.

Consequently, due to the advancements in these technologies, devices are getting more powerful, efficient, and “intelligent” with capabilities to make intelligent decisions and analyze data for further processing. Moreover, the IoT research and development paradigm is rapidly improving with increasing technological sophistication amid this progress.

Furthermore, the global market also reflects this improvement with the increasing valuation of the IoT industry every year. The global market for IoT technologies was about 761 Billion US Dollars in 2020. Studies show that this figure will cross 1,386 Billion US Dollars by 2026. This rate of increase accounts for about 10% compound annual growth rate (CAGR), which is a vast growth rate.

These technologies above are also rapidly improving thanks to the growing smartphone market, constantly pushing for newer and improved devices every year. With each passing year, smartphone consumers expect newer devices and models with a better camera and sensing systems, better display, better battery capacity and efficiency, better communication and networking interface, and an overall increase in intuitiveness and experience. The manufacturers also deliver to this expectation almost every year with newer and better technology than the previous year.

It is leading to an extreme push for growth in these technologies. The IoT industry is also improving rapidly due to this advantage. From smart home systems to satellite IoT technology, the Internet of Things industry is slowly increasing in its value due to this improvement. Add this with markets in connection to IoT such as the smartphone market, CCTV, vehicles, automation systems, security systems, and other needs; we can safely say that IoT has a massive impact in the consumer market currently. Moreover, this influence is only going to increase rapidly.

What is the Internet of Things?

The Internet of Things (IoT) is a network of different devices and systems that connect through other communication systems, often on the internet. These devices or systems usually contain sensors, cameras, RFID tags, data processing units, and communication interfaces that work together to accomplish specific functions or tasks.

These various devices connect to build a unified system that acts as a single in the Internet of Things. With the cohabitation of different devices and components, this system can perform various tasks and provide various information and services to the user. Hence, the IoT is also a device layer that acts as a connective link between devices. Furthermore, IoT can also connect devices or components that were previously not smart and offline to make them part of the intelligent IoT system effectively.

Sometimes these IoT systems connect with smart devices like smartphones, computers, tablets, etc., to perform various processing, analysis and make intelligent decisions through the research. However, several IoT systems also have processing and storage systems to store and process multiple data gathered from different IoT devices. The system then analyzes this data to make various decisions and process data themselves instead of sending them to other smart systems.

In IoT, the devices generally connect through physical means (through wires) or wireless networking solutions. But often, these devices connect and communicate with each other through the internet. Nevertheless, the whole IoT system probably always connects with the internet. These devices can also connect with other IoT devices or components through a shared network, like connecting to the same WiFi network or a shared network across the cloud.

Furthermore, since these devices connect to the cloud, they can provide various services and features to different users, not even in the vicinity, i.e., remote assistance. This remote accessibility of IoT devices enables multiple kinds of remote technologies and cloud computing to be possible. Apart from this, when various IoT systems, components, or devices connect, they can enable proper evaluation and monitoring of the surrounding or environment around them through multiple sensors and systems.

In any case, the unified IoT system generally provides a user interface to the user for controlling and interacting with the IoT system. Moreover, these interfaces are usually available to the user in apps and websites that they can operate on their phones and computer devices. Hence, effectively enabling users to control these devices through their phones or computers.

Real Challenges with The Value of IoT at the Edge

IoT systems have a lot of potential, almost endless potential with capabilities even to transform industries and daily lives. However, overlooking specific challenges with IoT systems like connectivity issues, the high price of IoT systems, and infrastructural obstacles of setting up and maintaining an IoT network, IoT seems like a revolutionary tech. And indeed it is, but these challenges are also tremendous obstacles blocking the proper evolution of IoT.

One of the most prevalent challenges for IoT is the economic hurdle of expensive components and the process to set up the overall infrastructure. A reasonable fracture of an IoT system for an industry or organization usually requires tons of investment, time, and large numbers of expertise. It is why IoT giants like Microsoft and AWS are thriving since they have significant backing of investment and enormous talent pool power. Still, new players cannot often establish themselves properly.

Without proper and efficient implementation, IoT presents another financial problem, the lack of Return of Investment (ROI). However, to properly set up an IoT infrastructure, there are often requirements for the need of economic backing of hundreds of thousands of dollars even before gaining any real benefit from the infrastructure already set up. Moreover, it is not even easy for giants like Microsoft or Amazon. Hence, it's challenging to set up IoT infrastructure for companies and organizations properly.

Moreover, the fundamental challenges regarding IoT connectivity remain. Even in existing infrastructures, if there is a lack of reliable networking solutions or WiFI access to support IoT systems, companies have to face very complex networking problems to overcome this. Apart from this, setting up new networking solutions with reliable infrastructure, especially in remote locations or large factories, is also very hard to collect or analyze essential data for utilizing the IoT infrastructure properly.

Apart from this, IoT systems also require specialized expertise and skillsets to build. Unfortunately, many businesses don't have these resources, while many may not even afford such help. Furthermore, often companies don't have technical experts for maintenance even if the infrastructure is set up and is running.

Edge computing also enables data processing on edge nodes before gathering data in the central server or storage system. Thus, it will reduce data volume for storage systems and value analysis from the data collected. It will also reduce the bandwidth and requirements of large infrastructures, ultimately reducing the bar of entry for IoT systems.The value of IoT at the edge will reduce economic burdens, lower actual infrastructure requirements, and reduce overall complexity in the IoT infrastructure. Subsequently, it will result in a far more favorable ROI for companies, allowing them to start their IoT systems quickly.