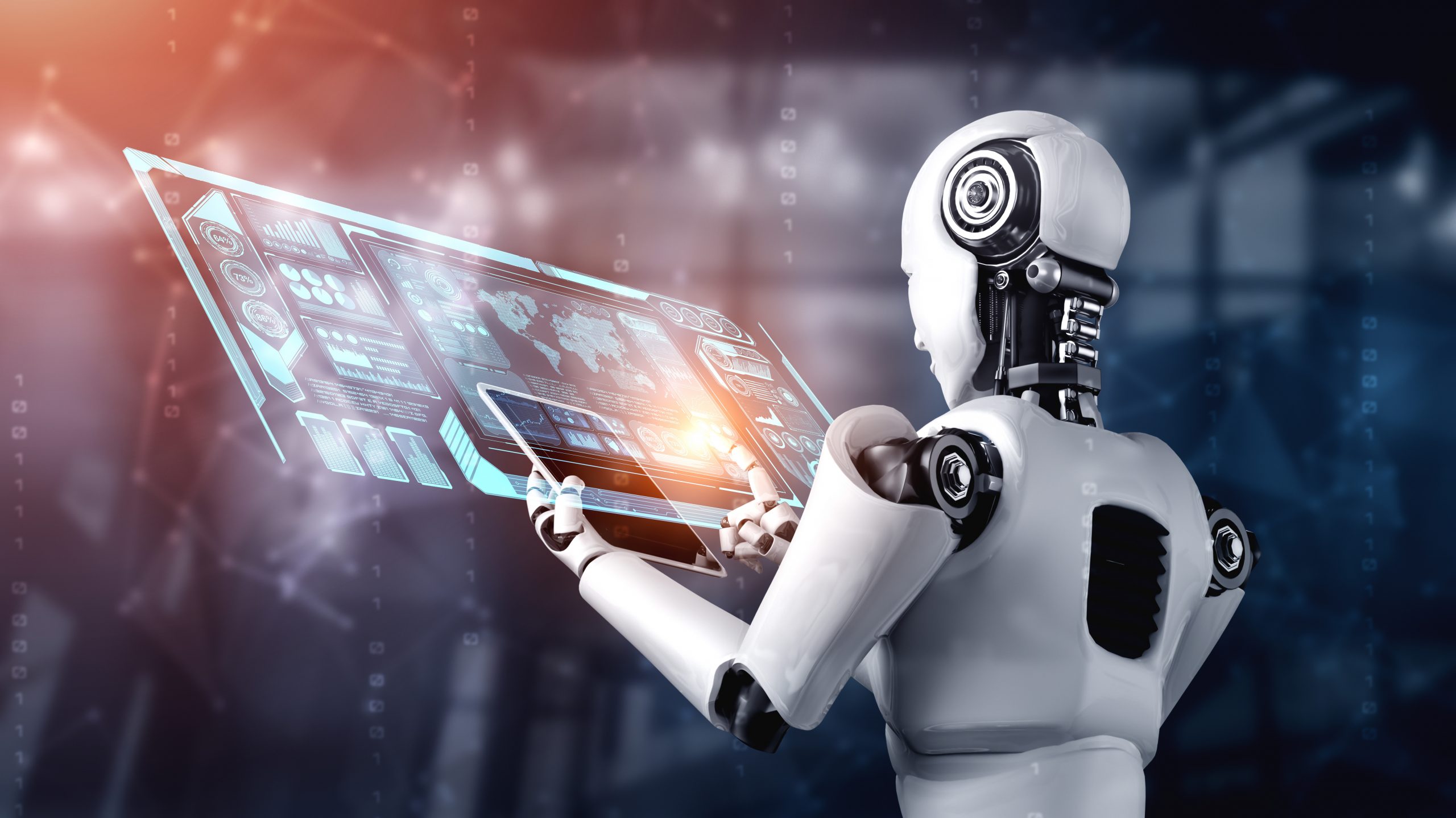 3D Artificial Intelligence with AR/VR is being swiftly adopted along with their ease of availability in an era of rapid technological growth. Thus, the pace of change in new technologies and the adoption of these new technologies is swiftly increasing.

In this process, the next generation of tech will most likely be centered around Artificial Intelligence (AI) or at least be powered by it. Due to this, the world's tech leaders are moving towards AI and technologies like Augmented Reality (AR) and Virtual Reality (VR) with the firm belief that these technologies are the next extensive technological landscape.

In recent years, AR and VR have seen steady growth in their availability and adoption among the industry and mass consumers. Together with this immersive mixed reality tech, 3D AI will enable vast new possibilities & opportunities along with emerging as the next frontier in industrial tech.

3D AI, AR, and VR are three different technologies. Even though they are divergent topics, they can be seamlessly integrated to unravel unseen benefits and possibilities. Recognition of these possibilities and benefits will differentiate companies and industries in their movement towards adoption in the future and reaping benefits from these new frontiers.

Virtual Reality (VR) is the simulation of an object or any environment on a digital reality, i.e., a virtual platform. VR uses computer modeling and simulation techniques to enable the representation and interaction of various objects or backgrounds in a virtual 3D space. This computer-generated environment is usually depicted such that they appear to be accurate and immersive.

On the other hand, Augmented Reality (AR) uses the natural world as its platform to create an interactive environment with objects from the real world mixed in with objects, visual elements, sounds, or any other sensory stimuli from the virtual or digital world. Thus, AR is generally used to enhance real-world environments and objects through the use of digital components.

3D Artificial Intelligence is an integrated technology obtained with the incorporation of AI with VR or AR. Since AI is now working not on simple data but 3D worlds generated by either AR or VR, the technology involved now becomes more complex but exciting.

Similarly, they use AI to understand requests made by humans and interpret them to provide the results back. Moreover, they again use AI to speak with natural tones and languages for hands-free interaction with them. These virtual assistants are now commonly used in various homes through smartphones, laptops, or smart speaker devices available readily in the market.

Apart from this, AI is also used in various apps and computer machines to display intelligent behavior, pattern recognition, object recognition, and many more. AI is used by companies to study customer behavior and to increase sales or engagement with consumers. AI is also used for data analysis and management to enable quick study and development in various industries.

One of the most famous uses of VR can be seen in the gaming industry to provide a VR experience through different VR headsets. Companies like Oculus, HP, Sony, etc., are providing VR gaming experiences through their VR headsets and supported games.

In addition, the auto industry uses VR technology to rapidly design and iterate vehicle model designs without ever having to build the actual vehicle until the design is ready. Similarly, VR is used to train pilots and health care professionals without involving the risks involved in such training.

Read more: How These 6 Industries are Benefiting From the Commercial Use of Drones

Apple uses augmented reality in its camera system to allow users to measure the distance between objects by pointing the camera to those objects. Similarly, Google Lens can recognize and search for things in real-time, while Google Translate can translate texts and draw an overlay of translated texts virtually over the original text. AR is also used in Google Maps to provide an easy way to navigate and travel.

Another important use of 3D AI with augmented reality (AR) is in the Pokemon GO game, which used AI to place pokemon characters in real-life environments. Different e-commerce retailers also used 3D AI to allow users to see and configure their products in a 3D environment through real-time object simulation and rendering.

When AI is involved, the possibilities are generally only limited by the availability of data and the complexity of the original problem. However, in today's data-driven world, data about almost anything can be found in abundance. Therefore, AI has been rapidly developed and can flourish in the future together with the power of the cloud.

The use of AI in any development offers one of the most significant advantages: it can rapidly develop and iterate through different versions. Moreover, with sufficient data and vast amounts of computation power, AI can seamlessly be used in almost any front. However, the development of VR and AR is one of the most challenging problems due to the complexity involved in a 3D world compared to the 2D world.

With the traditional approach towards simulation and modeling in AR and VR, the amount of work, resources, time, and experts needed to complete any task is vastly reduced due to AI.

Especially when it comes to computer vision and simulation inside any AR or VR system, the vast complexity is so deep that the traditional approach to its development without AI is almost unfeasible and very impractical compared with growth with AI.

For instance, take VR games as an example. In VR games, one of the most complex problems is the idea that the player can move freely naturally without being dictated by predefined animations or movements.

In augmented reality (AR) applications, one of the most complex problems is for the system to recognize objects over which the augmented reality system is to be overlaid to enhance the thing and represent digital information over it. However, all these problems can be solved easily through the use of 3D AI.

The enhancement in AI has been so rapid these past years that the difficulty in using AI for visual computation (object recognition and object manipulation in a digital environment) has drastically reduced to a state that can now be commonly used in mobile devices.

Read more: The 5 Computer Vision Techniques That Will Change How You See The World

It unlocks various new possibilities. These possibilities include vast new worlds with realistic graphics and environment simulation in games & other graphics applications and the opportunity of immersive technologies to mature significantly and create a whole new genre of experience among people.

Using 3D AI with AR and VR for design and build projects will open possibilities of rapid iteration of product designs and autonomous generative simulations. In addition, complex 3D models and digital representations of real-world objects would also be straightforward to develop and evolve for large-scale applications.