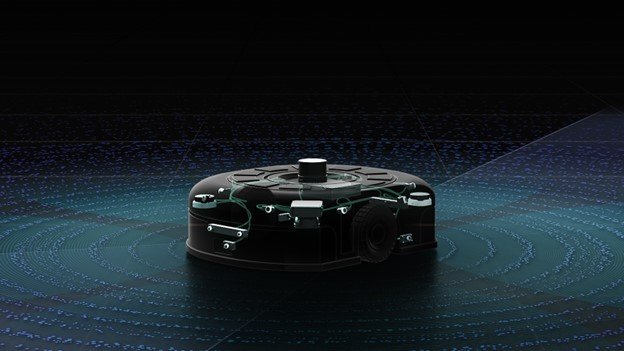 Nova Orin, a reference platform for developing autonomous mobile robots, is getting updated with new features and capabilities. These include three reference platform configurations. Two use a single Jetson AGX Orin — which runs the NVIDIA Isaac robotics stack and the Robot Operating System (ROS) with the GPU-accelerated framework — and one relies on two Orin modules.

Nova Orin aims to reduce the development costs and improve the reliability of autonomous mobile robots (AMRs) by developing them on a platform that's easy to use.

Unlike self-driving cars, AMRs are not required to have pre-programmed tracks. They can operate in unstructured environments and avoid obstacles, making them ideal for various applications such as warehouse management and last-mile delivery.

Nova Orin's industrial-grade platform features a variety of sensors and software configurations that can be used to develop autonomous mobile robots. With the help of NVIDIA AI, developers can focus on building unique applications for these robots.

The market for intralogistics using mobile robots is expected to grow significantly over the next couple of years. According to estimates by ABI Research, the market will be worth $46 billion by 2030.

For specific use cases, Nova Orin's reference architecture can be used. There are three different design variants that are based on the platform's sensors and safety-certified peripherals. The third variant uses a dual Orin-based design that is designed with vision AI to enable functional safety.

Nova Orin's sensors support various types of sensors, such as lidars, stereo cameras, and ultrasonic sensors. These are designed to meet the needs of industrial applications. The diverse coverage offered by the suite of sensors ensures that they can be used safely and effectively in the development of safe and collaborative applications.

NVIDIA has partnered with camera partners to create the stereo and fisheye cameras, which are custom-designed for Nova Orin. These allow autonomous mobile robots to detect and avoid obstacles and objects in different environments. They can also support simultaneous localization and mapping (SLAM).

Nova Orin supports two types of lidars, one for applications that don't require safety-certified sensors, and one for those that do. In addition, the platform supports 3D lidar for collecting ground-truth data.

NVIDIA is driving the development of Nova Orin by providing extensive software support. This platform features a variety of sensors and software configurations that can be used to develop autonomous mobile robots.

Nova Orin's base OS includes a variety of drivers and software configurations that can be used to develop autonomous mobile robots. It can also be integrated with ROS-based applications.

To assist on expediting results, Nova Orin's sensors can be used to develop applications without the need for a robot, and they can be tested and validated using Isaac Sim, an open-source framework for developing robots.

The cloud-based tools used by Nova Orin allow developers to quickly create and manage data pipelines for their sensors. They eliminate the need for manual data collection and analysis, as well as the time-consuming task of setting up data pipelines. Nova Orin's GPU accelerated platform also provides key building blocks for developing applications, such as stereo depth estimation, visual SLAM, and 3D reconstruction.

Nova Orin also allows developers to create 3D maps of their environments in the cloud. These can be used to improve the efficiency of their applications, such as fleet planning and navigation. They can additionally be continuously updated using the data collected by the robots.

As the evolution of robotic systems continues, the need for secure and reliable deployment and management of AI software is becoming more critical.

A recent Wall Street Journal article highlights how robots are being deployed at a record pace, from their traditional strongholds like making automobiles into nearly every other human endeavor with a massive new wave of robots arriving to fill the space of scarce workers.

Through its partnership with regulators, NVIDIA is working on developing vision-enabled safety technology that can help reduce the cost and improve the reliability of autonomous mobile robots. The company also provides a software development kit that can be used to create navigation applications.

The increasing productivity of factories and warehouses can be attributed to the use of autonomous mobile robots that can perform safely and efficiently side by side. With the help of Nova Orin's 3D sensing capabilities, this can be achieved.